You are here: Home / reviews 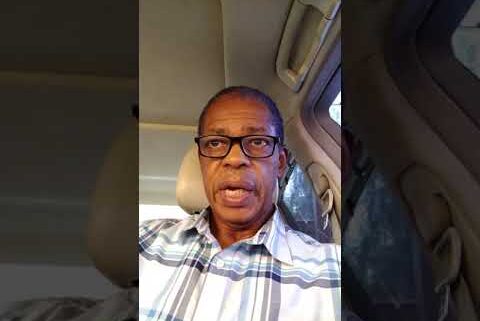 Hi, this is Amir out in Phoenix, Arizona. I’ve been in the program just a little over a year. However, I lost momentum and it got sidetracked due to my work schedule and business. However, that’s all changed. My work schedule now is a little more forgiving and I’m now able to get on the calls with Alberto. This is a great program. It’s forced me to put a lot more focus on my business that I didn’t have previously. I believe with the guidance of this program, it will be the single reason that I’ll be able to hit my income goal of $20,000 in insurance premium by December of this year. 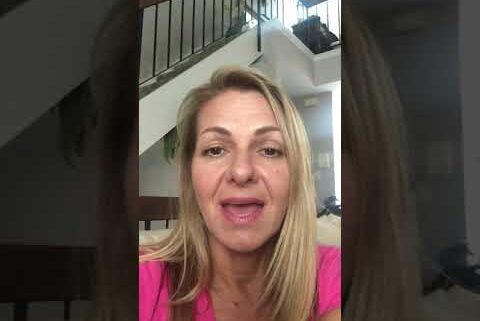 Hello Alberto, how you doing? It’s me Shari Borlie. I joined your program Predictable Premium back in June 2020, and I want to thank you very much from the beginning because you hopped right on a phone call and you were the one who signed me up and we worked through a lot of the questions that I had and making the decision to join. I’m very happy that I joined. And not long after that, you automatically were the dearest heart. And you really helped me out a lot by working out of the program the way you did on the payment side of things, which we call the honor system. I will never forget that. And I think it’s very honorable of you to help people out. And I will definitely, and have already, referred you too. So going forward, that’s a given with me. I am very loyal and I respect people who respect others and try to help people.

Your program is wonderful. Everyone’s been super helpful to me and I’ve joined your 10X. I went through that and I’ve been joined Predictable Premium, and I am working on my avatar and trying to get that done because I am stuck on level two. Looking forward to having the accountability coach and other people that maybe can work together and help push through to get this done. Thank you again, looking forward to growing together with you and making a lot of money, and maybe I’ll see you in the Caribbeans one day, as that’s my favorite place to be. But God bless you and thanks and talk to you soon. Bye.

Hi, this is Ron from Austin, Texas. I have been in the program for just about six weeks. I opened up a LinkedIn Navigator about a week ago, and it has started already to return some premiums and set up some appointments. It’s a great program, very supportive. Everybody’s involved in trying to make you successful in the process. I’d highly recommend it. 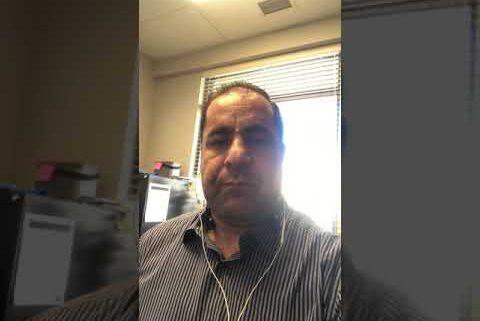 Hey, Alberto. Paul here. I’m grateful. And thank you to you. We joined your program last year and we are doing things here and there. And before that it was, yes, we were writing sales, but not as aggressively as we are right now, but with your program. And then there’s back end when COVID started and we got a lead magnet from you for a Cobra lead magnet. And it was awesome. Guess what? Hey, I have written from this program over 30 [inaudible 00:00:35] sales and got total of 200 leads. It’s an awesome program. And you guys are great help, anytime I need something, you guys have been always be there for me and you know what? I love it. Thank you again. And I’m look forward to working with you guys for years to come. Thanks again. 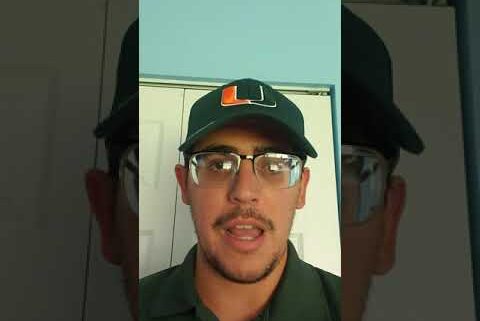 Hey, this is Jesus down in Miami, Florida. I’ve been with Predictable Premium since March of this year. Every single time that I’ve used Alberto’s script, I’ve been able to close a deal. Everything from tiny premiums, like $50 a month, all the way up to $300 a month. It has worked for me every single time I’ve used it, every single time I’ve stuck to the script, it has resulted in a close. The Facebook group is just absolutely amazing. Everyone’s always very supportive, very responsive. I was able to work with a pre to practice the script. She was great, very supportive, love the group. The tech calls, the weekly calls with Alberto is just very insightful. It’s very motivational. It makes me want to be better. It makes me want to be better for myself, for my business. Everything about it, it’s just great. Alberto’s great. Everyone in the Predictable Premium group is just awesome and I love being a part of it. 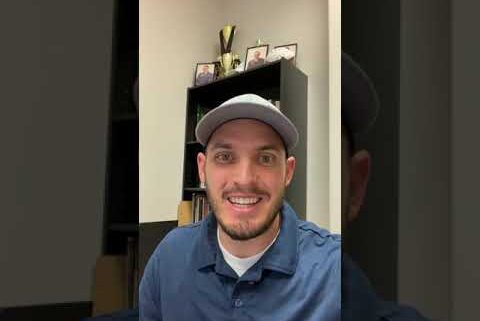 Hey, this is Sam Nickerboker. I’m a life insurance agent out in Utah, and have just loved this program working with Alberto Riehl and his team. They made it seamless to start working with them. There’s a huge online community of people who have done and are achieving success, just the right amount of success so that you’re still really excited every week, every Monday and Thursday, to hop on and get the training that you need, answers your questions personally, tons and tons of resources. You can’t get better. And then the biggest thing is they actually give you the scripts, the words to use to be successful with what they’re being successful with. So they’re not holding anything back. There’s no secrets. I love that about it. Honestly, just within the first week or two of changing how I thought about what I could achieve and through their coaching, I was able to close about double my biggest month. So I made about 22, $23,000 in my first month working with them. So I definitely would recommend it.

Alberto: So, guys, Alberto here. We’re here at our First Predictable Premium Live, I’m here with Mark, and Mark what’s you think so far? What’s your biggest take away?
Mark: I had expectations coming here, but I really think it came down to the guys, the people in this group. We all say it, but what a pleasure to be able to get together with everybody, and share stories and experiences and friends, people that could be in your life for a long time. So, yeah, awesome. Loved it, and can’t wait to do it again.
Alberto: Awesome, man. Thanks. What about you, Joe?
Joe: Hey.
Alberto: Got Joe over here. He had no idea that was going to happen. What about you? What’s you’re favorite thing so far? What’s your biggest take away?
Joe: Well, I love the lead thing stuff. I love getting to know guys that I can learn from, and realizing that I was going after too small of deals. I need to start going after the bigger stuff.
Alberto: Nice. Awesome. So, yeah, we’ve been learning about how to get bigger deals, been learning on how to track ideal clients on LinkedIn, and how to close big deals over the phone as well. What about you, John?
John: You know, I’m going to sound like a broken record here, but you know being able to get together with these guys and talk about how everybody is doing the same thing, but how they’re networking, and how they’re marketing, and how they’re working with their clients to close deals, just being able to sit down and talk, hangout with people with like minds is just fantastic.
Alberto: Awesome, man. Thank you. So, again guys. There you have it. Be here next time. Talk to you on the next video.

Visar: Hey, guys, Visar here with Humberto. And we’re here at our live event in Vegas and Humberto, what was your biggest takeaway this week at the live event.
Humberto: The biggest takeaway, there was two, actually, for me. The first one was how to manage my time and be more productive. It definitely is going to be a game changer. How I view my time and how I allocate my energy into what’s profitable, you know, what’s more productive. And the second thing, the presentation by Marc about … and I do a lot of stuff on LinkedIn, but I realize I was … you know, you have to make mistakes, I was like a hack compared to what Mark showed us. So, I’m definitely going to put that into action. That was a game changer for me.
Visar: Excellent, excellent. Thank you Humberto.

Visar: Hey, guys. Visar here. We’re at our … Wait. What just happened there? I think we’re good to go now. We’re at our live, predictable premium group out here in Vegas at MGMM. I have Rafael here with me and Rafael, what was your biggest takeaway this week?
Rafael: The opportunity to understand that I have everything that I need inside me.
Visar: Excellent. Thank you. Thank you very much.

Alberto: Hey, guys, Alberto here. Riehl’s Rants, and we’re with our Predictable Premium Live. I’m here with Derek. Derek came here, actually Derek spent his birthday with us. Happy birthday, Derek!
Derek: Thanks.
Alberto: That was yesterday. And so, that’s pretty cool that he came down. You know, a lot of people would have made excuses, right? Can’t do it, got family stuff, I got birthday. But, he brought his family with him. I think that’s pretty awesome, he’s committed to the business.
Alberto: But, Derek, what do you like so far? What’s your biggest takeaway about the weekend we’ve had so far?
Derek: Yeah, just I’d say, I’m not passionate about staying in a same place, and doing the same thing. Up to being here, most people would say what I’ve done has been a success, but I really just wanna surround myself with people that can help me grow, not a little bit, but five, ten, twenty, thirty times. How do I leverage the things that other people have done, that I can surround myself with that experience?
Alberto: Absolutely.
Derek: That helps me grow my business, exponentially.
Alberto: Yeah.
Derek: That’s why I’m here.
Alberto: Awesome, man. Yeah, a lot of people have talked about collaboration, right? We’ve talked quite a bit about that, how the amateurs out there are competing. And they’re all fighting for scraps, and they’re fighting for the crumbs. The true pros, they collaborate. And that’s one of the things that we’re doing here. We’re sharing ideas, everybody;s an open book, everybody’s a hundred percent transparent. We call it radical transparency, and man, we’re just having a great time. So, thanks Derek for being over here with us.
Derek: Yeah, thanks for having me.
Alberto: Yeah, absolutely. And we’ll see everybody on our next video. Alberto, and Derek.